In a nutshell, make your videos more accurate and more accessible to the rest of the world.  Who wouldn’t want that, right?  When executed well, your video will appear much more professional to any audience and this automatically translates to more viewers.Video content is by far the best tool in this time and age to reach out to people.  According to Cisco, year 2019 will see a mind-boggling 80% of the world’s Internet traffic generated purely by video content.  It is generally assumed that English is the numero uno language of the world (which is somewhat true), but as a logical consequence it is also assumed, albeit incorrectly, that therefore the business world revolves only around English-speaking countries.

In fact, here are some important research findings from a few popular and highly reputable companies that are in stark contrast to such assumptions –

Gigaom.com – 60% of all video views on YouTube are from users who select non-English languages as the site’s display language.

Speakt.com – Just 25% of Internet users worldwide are English-speaking, while 55% of all online content is in English.

Unbabel.com – Only 5% of users at any point in time on the Internet are native English speakers.

All this conclusively proves one thing – there’s a gigantic population out there that has an unending thirst for good quality content and is insatiable, constantly growing, and is heavily non-English-speaking!  Translation and subtitling add just that bit of oomph to your videos to tap into this constituency.

To understand further, let’s do a bit of deep dive.  Here are some unassailable reasons why you need to use a professional to translate and subtitle your video.

1. Reach out to your audience

Viewer engagement is a critical aspect, be it offline users or social media contacts.  When you use subtitles, you effectively contextualize the content of your video and it’s way easier for your audience to understand and follow.

It’s been proved over and over again by several researchers that translating and subtitling your video content in different languages can boost your views by as much as 15% to 35%! 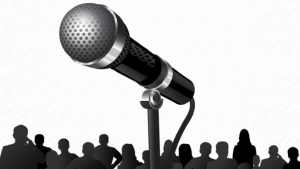 The moment we talk about online videos, YouTube immediately pops up in everyone’s mind.  While YouTube is now almost synonymous with “video content”, their captioning services have a very long way to go before claiming even decent accuracy.  The Google-owned video content host launched its caption service back in 2006.  In 2009, they introduced automated speech recognition to generate auto-captions.  YouTube claims it has boosted accuracy by 50% for English language videos through machine-learning algorithms and speech recognition.

However, the reality is that the accuracy is at best 80% for excellent quality audio with just one speaker, speaking in a neutral accent and at a slow clip, with no ambient noise, no one chattering in the background, things being moved, etc.  For any other type of video that has a fast speaker or with a bit of music or recorded outdoors, the accuracy takes a huge hit and plunges to as low as 40%.  Subtitles with just 40% accuracy are simply worthless and just a waste of your time.

To be fair, YouTube in fact recognizes the limitations of automated closed-captioning.  Says YouTube product manager Liat Kaver, “A major goal for the team has been improving the accuracy of automatic captions — something that is not easy to do for a platform of YouTube’s size and diversity of content.”

Another platform that has had a surge in video content is Facebook.  No prizes for guessing how important Facebook has become in the social media scheme of things.  In a recent survey done by industry leader, 3PlayMedia, 32% of respondents said they are captioning videos hosted on YouTube, while for Facebook it was at 12%.  And this trend is only growing with each passing week.  It is estimated that by Year 2023 there would be a whopping 5 trillion videos on the Internet and more than 50% of them would be craving for more views, viewers, subscribers, and shares.  All the more reason for you to get your videos translated and subtitled very soon and put yourself ahead of the curve!

Sticking with the subject of YouTube, the world’s #1 video content provider, it’s owner, Google, has found it an insurmountable challenge to precisely capture even clearly enunciated words, although they’ve been at it for the past more than a decade.  There are plenty of videos out there that used automated captioning tools and ended up with horrible captioning that’s either grammatically nonsensical or just plain garbled. 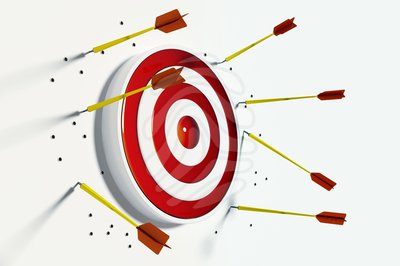 Even for a set of videos with the same speaker, automated captioning or translation tools simply give up if that speaker has a slight sore throat or there’s some ambient noise in the room or even a bit of background music.  What you end up getting is a set of indecipherable and bug-ridden captions that are of no use to either you or your viewer, and sometimes are even unintentionally funny!

With professional translation and subtitling services, what you get is a three-step process of

This ensures that at each stage of the process, the content is thoroughly checked for grammar, context, relevance, spelling, format and only then moves on to the next stage.  This thorough, step-by-step process ensures the viewer of your video is constantly in sync with what’s running on their screen without missing a beat.

Search Engine Optimization has become part and parcel of operating a website nowadays.  You need your website and your content to stay fresh, energetic, and relevant.  Relevance is key to your digital marketing strategy, and translating your video content into other languages is, honestly, the biggest activity you could ever undertake to benefit from SEO.  This is because search engines crawl captioned text, and captioning your text into multiple languages exponentially increases your content’s relevance and reach. 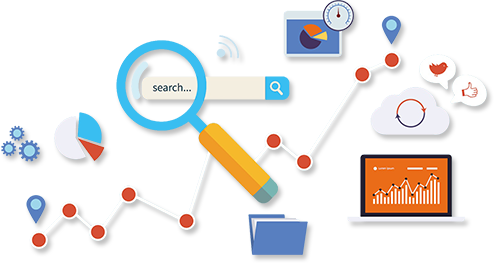 The best part about translation is that Google does not penalize you for having same content in different languages and it’s algorithms do not treat such content as duplicated content – provided – and this is important – you will need to use something called the HREFLANG meta tag.  This is actually pretty simple and straightforward and to know more you can refer to this link –

HREFLANG’s primary use is that it will tell Google’s bots to interpret the relationship between similar content but in different languages and in different pages, rather than tag them as duplicate copies of the same original content.

The second important thing to consider is the brand value of your products and services.  When your content crosses linguistic barriers, the world is your market and your brand now has way greater recognition and recall.  It would be akin to moving from a pond to an ocean of opportunities.  Most businesses wouldn’t give much thought – heck, in fact, it mightn’t even cross their minds – to provide multiple language support whenever they post any kind of video.  But just imagine, when you have your translations ready and subtitled, you would be tapping into a market that most of your competition wouldn’t even be aware of that has an audience.  Talk about monopoly!

Restating what was said earlier in this article, a top researcher Gigaom.com says, “60% of all video views on YouTube are from users who select non-English languages as the site’s display language.”

“80% of people who use captions aren’t deaf or hard of hearing”, says Ofcom in a recent survey.  The Office of Communications, commonly known as Ofcom, is the UK government-approved regulatory and competition authority.

The same survey by Ofcom also says, “Captions benefit everyone because they improve dialogue, clarification of terminology, concentration, and engagement.” 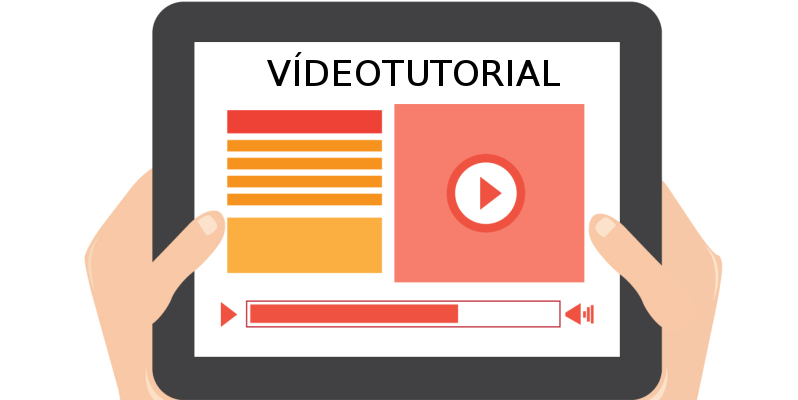 Recent studies have shown that around 15% of YouTube users watch videos at work as well as in other environments considered sound-sensitive.  This workplace behavior is set to grow with time as more and more businesses around the world change their traditionally rigid working styles and become more relaxed and engaging with the workforce.

Another very important reason to translate and caption your videos is to help those people who have English as second language.  The world’s population is estimated to be around 7 billion and growing, of which just over 1 billion are English speaking, including native English speakers.  Which means 6 out of 7 people would most likely need assistance with understanding and following video content.

Washington Post says, “Millions of U.S. citizens don’t speak English to one another.”

“As of 2016, 35 million U.S. citizens over the age of 18, or more than 15 percent of the adult population, speak a language other than English at home, according to the U.S. census.”

It also says, “If you include noncitizen residents, the odds are even higher: 66 million U.S. residents ages 5 and older – 21.6% of that population – speak a language other than English at home.”

However, consider this – the U.S. Census’ American Community Survey has found that English proficiency is increasing among non-English speakers.  “From 55% in 2005 to more than 60% in 2016.”

Juxtaposed with each other, these 2 surveys prove that there’s a large, untapped audience even within the U.S., to whom multilingual, subtitled video content would be immensely beneficial.

Simple question – When you have gone to the trouble of creating a video, using a film crew, getting good quality camera equipment, utilizing a narrator or host, doing some post production work with a video editor, and finally added some nice-looking graphics or pleasing music, why would you want to spoil all that by not ensuring your textual content is 100% accurate?  You certainly wouldn’t want your viewers to initially look at your video and think it’s a nice one and then get frustrated and leave just because they couldn’t quite follow what’s being said, would you?

Your final product quality is of paramount importance, and inconsistencies like these could surely hurt your brand image.  Automated captioning and translation tools aren’t simply up to the mark when it comes to varied, diverse video content, and you wouldn’t want to burn your fingers just because they’re free.  Engaging an expert service provider will ensure they have an actual stake in your brand and reputation, and your final product will also be up to your satisfaction.

Ultimately, your video represents something very important – your business, your goal, your passion, your hope.  Wouldn’t you be letting down all of that if you rely on subpar quality automated systems?  Using professionals to do your subtitling and translation proves to yourself that you accord highest importance to every aspect of your business.

Utilizing the expertise of a trusted professional to do your technical translation and subtitling for videos is highly beneficial since there is significant video-encoding, time-coding, audio-verbal-syncing, etc. involved. In the long run, professionals can help save you time, money, and a whole lot of hassle by employing this error-free process.